The Ineffectual Sacrifice of Julius Caesar

Kevin O'Brien on secular vs. sacred sacrifice in Julius Caesar

The Ineffectual Sacrifice of Julius Caesar
by
Kevin O'Brien 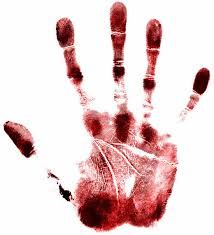 I am thrilled to be conducting acting workshops this summer for the cast of Julius Caesar.  This great political tragedy of Shakespeare’s will be performed in September at the Flint Hills Shakespeare Festival in St. Mary’s, Kansas.

In preparation, I recently listened to a tremendous audio performance of Julius Caesar by the Arkangel Players, which featured a particularly well done funeral oration scene.  This production is available through Audible for ten bucks, and I highly recommend it.

Here are a few things that strike me about this play.  Some of what I say may unintentionally mimic the theory of mimicry or mimesis of Rene Girard, who saw in Julius Caesar a tale of imitation and scapegoating, expressed by an act of sacrificial murder that not only failed to purge the political problem in ancient Rome, but only made it worse.  And while I think Shakespeare is indeed showing us the conspirators engaged in a deliberate act of human sacrifice that carries with it a kind of ritual import, he is also showing this against an implied background of Christian theology that Girard and many moderns miss or fail to emphasize properly.

Shakespeare’s original audience would have known a meta-setting of this play that transcends the setting in ancient Rome that is explicit in the drama.  They would have known the secular authority of Rome as occupiers of first century Israel, and the role of Caesar Augustus (Marc Antony) in establishing the Pax Romana, which began at about the time of the earthly life of Our Lord and his first disciples, and which served as a secular echo or foreshadowing of the far deeper Peace offered by the cross of Christ.

This alone ties the play to Jesus and His Passion, as does the entire problem at the center of the story.  How are men to be free?  How is ambition in its most dangerous form, the desire of man to be God, to be checked?  Can a political solution - especially one of violent murder and conspiracy - solve a problem that is much more than merely political?

We are told that Caesar is ambitious, filled with pride and on the verge of becoming a repressive tyrant.  And, in fact, there is much evidence in the play to support this.  Though Caesar says little, and is hardly the main actor in the tragedy named after him, what he does say and do is very indicative that, if anything, Cassius is understating the case when convincing Brutus of Caesar’s hubris.  In fact, Caesar is so filled with himself that mere flattery - the obvious and shallow flattery of Decius Brutus - convinces him to come to the senate on the Ides of March, against all the obvious reasons not to.  And just before the assassination, Caesar erupts in the fullness of his vainglory …

CAESAR: I could be well moved, if I were as you:
If I could pray to move, prayers would move me:
But I am constant as the northern star,
Of whose true-fix'd and resting quality
There is no fellow in the firmament.
The skies are painted with unnumber'd sparks,
They are all fire and every one doth shine,
But there's but one in all doth hold his place:
So in the world; 'tis furnish'd well with men,
And men are flesh and blood, and apprehensive;
Yet in the number I do know but one
That unassailable holds on his rank,
Unshaked of motion: and that I am he,
Let me a little show it, even in this;
That I was constant Cimber should be banish'd,
And constant do remain to keep him so.

Caesar speaks of himself as a kind of god, indeed as the mountain Olympus itself, home of the gods.  This is a self-regard that clearly needs to be checked - not only by Caesar’s political opponents, but by the universe itself - which is to say, by the Law of Drama, which in Shakespeare is Divine Providence mysteriously at work in what I would call the Consequential, the innate and significant connection of an act and its results.  Only in a universe where the Consequential has significance is Tragedy possible.

And in this play the significance of the Consequential, ironically, transcends the very actors who try to act for the sake of Rome.  When Brutus suggests, above the body of the friend he has justed helped murder …

Stoop, Romans, stoop,
And let us bathe our hands in Caesar's blood
Up to the elbows, and besmear our swords:
Then walk we forth, even to the market-place,
And, waving our red weapons o'er our heads,
Let's all cry 'Peace, freedom and liberty!'

… our only response can be, “Um … right.”  Especially when Brutus’ brutal suggestion is followed immediately by the prophetic words of Cassius.

Stoop, then, and wash. How many ages hence
Shall this our lofty scene be acted over
In states unborn and accents yet unknown!

The ugliness of modern history, from Shakespeare’s day forward, has shown us the futility of bloodshed to bring “peace, freedom and liberty”.   Both Cassius, the ancient Roman, and Shakespeare, his Renaissance author, speak prophecy here.

For the spectacle - which proves unforgettable onstage - of men who are claiming to be agents of good raising blood-drenched arms to the heavens and proclaiming, in effect, that the Kingdom of God is among us, as their very “purpled hands do reek and smoke” (in Antony’s words - reeking and smoking of still warm blood and gore!) - this spectacle, we know, is a corresponding act of hubris that draws down a divine and inexorable retribution upon the conspirators as fatal as their own public slaughter of Caesar.

For the conspirators learn that the cycle cannot end.  The sacrifice of Caesar, even if it is performed as a kind of ritual to purge Rome of Caesar’s sin, is ineffectual.  If one head of the Hydra is lopped off, dozens more have appeared in its place.  In fact, it’s as if a man were to lop off the head of Hydra, and then find, in horror, that many more of her own horrible heads have begun to sprout, not on Hydra’s shoulders, but on his own!  And both Brutus and Marc Antony prove to be wearing new-grown Hydra heads.

Indeed, Brutus is an enigmatic figure in this play.  Marc Antony brilliantly turns the fickle populace against him by pointing out the ignoble acts of this supposedly noble man - but Antony, at the play’s end, also delivers a eulogy over the dead Brutus, which sounds as heartfelt as his eulogy of Caesar.  But how heartfelt was that?  Marc Antony turns the populace against the injustice of the assassins, but does so in a way that (as he reveals in an aside) is manipulative and Machiavelian, praying elsewhere that Ate come straight from hell to “Cry ‘Havoc,” and "let slip the dogs of war.”

In fact, the audience in Shakespeare’s day would have known of Antony’s history, though Antony and Cleopatra was not yet written when Julius Caesar was first performed.  Marc Antony’s ambition is well known to Shakespeare’s audience, as is his eventual dallying in Egypt, besotted by Cleopatra.  Antony ironically says of the conspirators, “So are they all, all honourable men,” and yet the greater irony is that the honor of Marc Antony is as tainted and self-serving as is the honor of Brutus and Cassius.

Brutus, indeed, is a kind of Pontius Pilate, thinking he can wash his hands of his crime, even as dips his arms in it up to his elbows.  Brutus strikes me (as does Pilate, another noble Roman and “honorable man”) as an urbane intellectual, a man of great sophistication and sensibility, well trained and convinced of his own right-mindedness, highly civilzied, but prone to making appallingly bad decisions (as Brutus does throughout the play, and as Pilate did in a moment that will be forever infamous); Brutus is the kind of man who is sophisticated enough to ask, “What is truth?”, but who is too busy congratulating himself on his own sophistication to see the God who is Truth when He is standing right before him.

The great background of this play, and the meta-drama that reaches beyond the drama, is that only one Sacrifice brings freedom.  The blood of Caesar is of no avail, for the death of Caesar is only the first terror in a reign of terror, the first chaotic moment in the “havoc” of confusion and petty bickering that follows.  Another Sacrifice was needed, a Divine Sacrifice, for we are all Brutus, we are all Pilate, we are all self-congratulating Caesars who think in our constancy and good intentions that we can do no wrong, and that the very sign of our sins, our bloodied forearms, is a sign that frees us.  But there is only one sign that frees us, and it is a sign that Crosses our merely human intentions.

It is essential to recognise that the Roman Empire was recognised as the highest achievement of the human race; and also as the broadest. A dreadful secret seemed to be written as in obscure hieroglyphics across those mighty works of marble and stone, those colossal amphitheatres and aqueducts. Man could do no more.

… There was nothing left that could conquer Rome; but there was also nothing left that could improve it. It was the strongest thing that was growing weak. It was the best thing that was going to the bad. … The peoples had pooled their resources and still there was not enough. The empires had gone into partnership and they were still bankrupt. No philosopher who was really philosophical could think anything except that, in that central sea, the wave of the world had risen to its highest, seeming to touch the stars. But the wave was already stooping; for it was only the wave of the world.

The wave of the world is incarnadine.  The one sea is red, red with blood, the blood of men who murder men.  And only the blood of God can cleanse it.